In the annals of science fiction, where dystopias rule the imaginative roost, Star Trek stood nearly alone in telling us that our future would be better than our past, that our common problems would be solved, that we, as a species, were fundamentally good, and that the universe would reward us for our goodness.
—Charles Shaar Murray and Mike Marqusee
in Prospect Magazine

Space: the final frontier. These are the voyages of the starship Enterprise. Its five-year mission: to explore strange new worlds, to seek out new life and new civilizations, to boldly go where no man has gone before.
—William Shatner's introductory narrative
of  the season premiere of Star Trek (1966)

As the right of each sentient species to live in accordance with its normal cultural evolution is considered sacred, no Starfleet personnel may interfere with the normal and healthy development of alien life and culture. Such interference includes introducing superior knowledge, strength, or technology to a world whose society is incapable of handling such advantages wisely.

Starfleet personnel may not violate this Prime Directive, even to save their lives and/or their ship, unless they are acting to right an earlier violation or an accidental contamination of said culture. This directive takes precedence over any and all other considerations, and carries with it the highest moral obligation
—Starfleet Prime Directive of Star Trek missions

During the 1970s and onward I had great interest in science and in science fiction. And like many young persons at the time I watched Star Trek, the television series created and launched by Gene Roddenberry in September 1966. The show lasted three seasons and for 79 episodes before its network handlers canceled the show in 1969: the last was aired on June 3, 1969.

By the time I found out about science fiction in the early 1970s, the show was already canceled by NBC and it was being shown in syndication. More than forty years later, the show has a cult following and it is still being shown on television. It is now called The Original Series. Here is the original TV introduction from  its season premiere in 1966, which includes the instrumental musical written by Alexander Courage.

The Original Series is the patriarch, and as such holds an important distinction in the annals of science fiction shows. It has spawned five other TV series under the Star Trek franchise,  including The Next Generation, Deep Space Nine and Voyageur. And films, too. In the last 30 years, 11 Star Trek films have been released, including The Motion Picture (1979), The Wrath of Khan (1982), The Search for Spock (1984), The Final Frontier (1989), and Star Trek (2009), which grossed more than $385-million (US) worldwide.

The Star Trek franchise has been both popular and profitable, generating almost $1.5-billion in total. A sequel, Star Trek 2 is scheduled for a June 2012 release. What is also interesting is that it has been studied academically, with hundreds of papers and books written on it.

For fans and curious seekers, there is much to do and enjoy: there is the official Star Trek site, Star Trek conventions, Star Trek memorabilia, and even a film made about Star Trek fans (Trekkies). It's a complete world devoted to all things Star Trek, and over-all this is a good thing. (I remember being in the midst of a Star Trek Convention in San Francisco in the mid-90s; it was a fun sight to see all the wonderful costumes.)

Such devotion to an idea can be either good or bad. Devotion to a good idea is, well, a good and honourable tradition. Albert Einstein once remarked: "Nothing truly valuable arises from ambition or from a mere sense of duty; it stems rather from love and devotion towards men and towards objective things.” And so is the importance of imagination, play and having fun.

And now I have to play favourites, a most difficult task, similar to playing favourites with one's children. Although the Original Series has a special place in my heart, given that it introduced me to such a wonderful concept, it is no longer my favourite.

That honour, so to speak, goes to The Next Generation. Equally compelling is the narration that Patrick Stewart (as Capt Jean-Luc Picard) gives with Shakespearean flair. To be fair, it might have much to do with Stewart's Shakespearean experience on the stage, Yet, Stewart doesn't diminish his work with Star Trek, Wikipedia says:


He has also said he is very proud of his work on Star Trek: The Next Generation, for its social message and educational impact on young viewers. On being questioned about the significance of his role compared to his distinguished Shakespearean career, Stewart has said:

The fact is all of those years in Royal Shakespeare Company -- playing all those kings, emperors, princes and tragic heroes -- were nothing but preparation for sitting in the captain's chair of the Enterprise [19].

Which shows the importance of Star Trek and the reason why it remains popular. For example, my eight-year-old son just discovered Star Trek: The Next Generation, with my help, of course, and has become a great fan of the show. Its continuing popularity might boil down to a hopeful vision of the future, first brought forward by Gene Roddenberry and carried forward by others.

As Roddenberry said in 1986: "Perhaps one of the primary features of Star Trek that made it different from other shows was, it believed that humans are improving — they will vastly improve in the 23rd century."

One hopes so, although I always don't always carry that hope. Yet, how you view that statement says much about your current worldview. We always have the hope of a better world as an ideal. Although some people would question (or mock) such simple faith, and label it as brainless, I suggest that such a  hope, however unattainable it might seems today, is not naive, but rather optimistic.

That is refreshing in an age that has become cynical, tired and distrustful. It gives us the impetus to press forward rather than give up.

And it is a hope that is carried by human vessels, with all our fears and faults. In the shows and films, humans struggle with the deep moral and ethical questions and offer no easy solutions, other than we ought to care for each other more. Human life is sacred, and humans need to understand that more fully. We also ought to take responsibility for the harm that we do to others and to our planet.

Which leads naturally enough to the problems that we humans create, when we constantly interfere, often by superior force, with other cultures, peoples and nations, inevitably for purely selfish reasons. You can't really argue against the Prime Directive. If only we humans, especially our powerful leaders, would consider its importance in the beginnings of the 21st century, we might be better off.

It's time to Engage, and as Captain Picard often says: "Make it so."
Posted by Perry J Greenbaum at 7:00 AM

I am a writer, journalist, husband and father living in Canada, who has a great and general interest in social, economic and political ideas, as well as music, art and literature—the kind of broad and varied topics that would interest the curious common person. My blog tagline is “Seeing the World as I Do.”
It is a worldview where truth, beauty, love and justice matters. It is a worldview formed by growing up in a working-class environment. It is a worldview where fighting for such ideas and ideals matter. Perhaps you too see the world in similar ways. You can either comment directly on my blog post or, should you have a question, you can contact me.
—Perry J. Greenbaum

Elton John: Don't Let The Sun Go Down On Me

The cold weather and the onset of winter, with its shorter days, reminds me of this pop classic. Elton John sings "Don't Let The ... 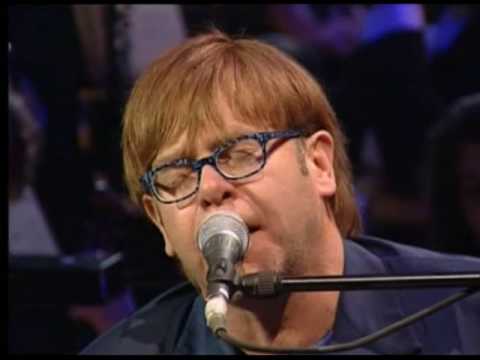