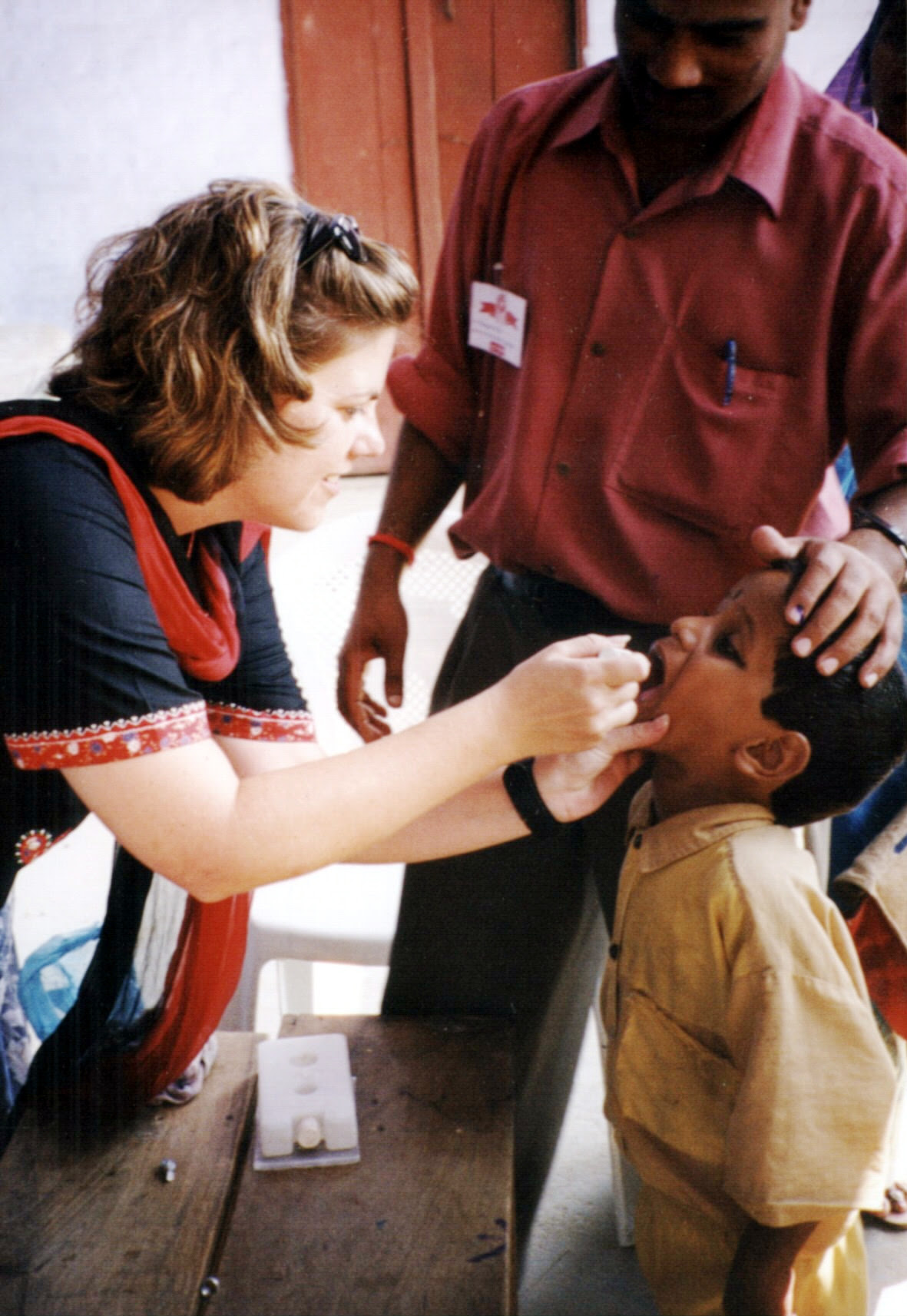 Polio Vaccine: Child receiving oral polio vaccine in India.
Source:Wikipedia
As they say, here's some good news for a change. I have written many postings on the importance of vaccines, particularly in saving the lives of children (E.g., Informed Parents & A Matter of Life).

Well, yesterday in London aid donors pledged more than $4.3 billion to vaccinate the world's children, thereby potentially saving up to four million lives from premature death. The bulk of the money will be spent on vaccinating more than 250 million of the poorest children in 72 countries by 2015. Canada has pledged $15 million, the United States $450 million and the United Kingdom $1.3 billion.

In terms of private organizations, the Bill & Melinda Gates Foundation alone has pledged $1-billion. In addition, Big Pharma has agreed to lower the prices of some vaccinations, including the pentavalent, pneumococcus, and rotavirus vaccines, to a price that poorer nations can afford, reportedly at cost price. That's good news, indeed, as the BBC reports:


Two million under-fives die from pneumonia alone each year despite the existence of a vaccine to protect them. It is estimated that three times as many children aged under five die from pneumonia and diarrhoea than from malaria and HIV/Aids combined, despite new vaccines being available to help prevent such deaths. However, many developing countries cannot afford them.

The money will be well-spent, noted Bill Gates: "For the first time in history, children in developing countries will receive the same vaccines against diarrhea and pneumonia as children in rich countries." Bill and Melinda Gates have been working tirelessly to vaccinate the world's children.

Here is some more detailed reporting from the world's media's on this story:


Major public and private donors have pledged more than U.S.$4.3 billion to immunize at least 250 million of the world's poorest children against life-threatening diseases over the next five years and prevent more than four million premature deaths.
More AllAfrica.com

Over $4.3 billion was pledged by major public and private donors at a conference in London on Monday to aid projects vaccinating children in developing countries.
More CNN

Public and private donors have pledged $4.3 billion toward vaccinating children against a variety of diseases, according to the GAVI Alliance, which held its first fund-raising conference for vaccines in London on Monday.
More NY Times

The world's top aid donors gathered in London on Monday to pledge support and hard cash to the Global Alliance for Vaccines and Immunisation (Gavi) – a global public-private partnership to help the world's poorest countries access vital vaccines and reduce child mortality.
More The Guardian

When the media writes about vaccines in the U.S. and Europe, usually we're reporting on the endless controversy over whether some vaccines cause autism. (Short answer: they don't.)
More Time