The Cossacks Return As Part Of President Putin's Plan To Restore Order In Russia: Cadets Train In Stavropol

The Cossacks, the famed and feared Russian horesemen who were swore fidelity to the Tsars, have made a return to Russian life in similar fashion; this is all part of Russian President Vladimir Putin's plan to revive a sense of pride, through history, of its past and of its people. To a great degree, it's also about establishing  traditional ideas of law and order. 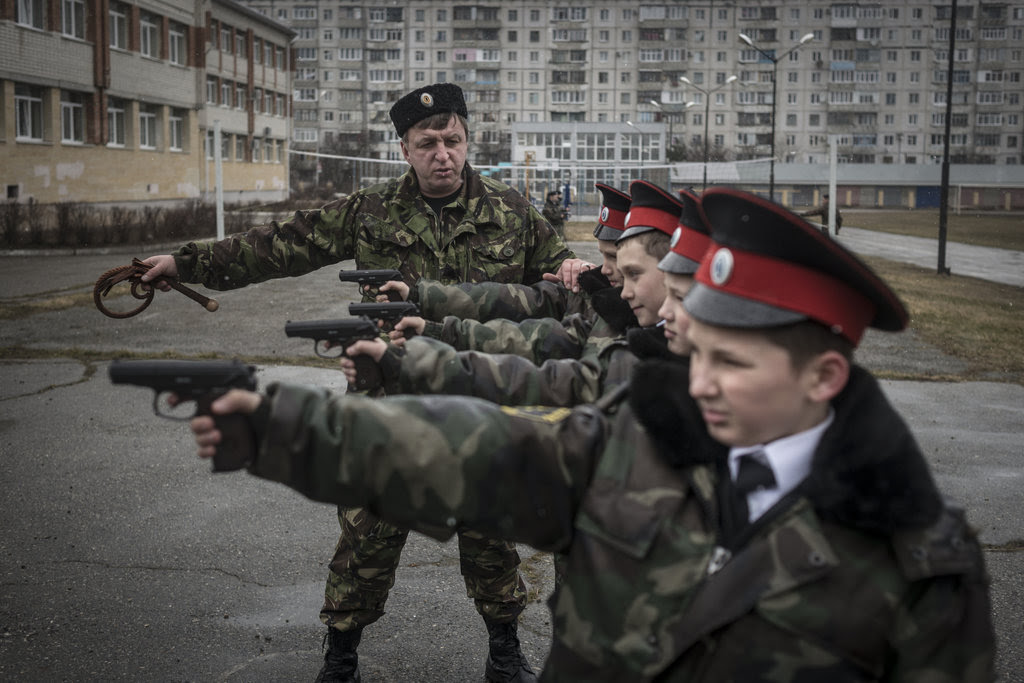 Young Cadets train in Stavropol, Russia, established first as a miltary encampment in 1777 under Catherine the Great; it is now a city of about 400,000.

Ellen Barry of The New York Times writes: "In his third term, President Vladimir V. Putin has offered one clear new direction for the country: the development of a conservative, nationalist ideology. Cossacks have emerged as a kind of mascot, with growing financial and political support.The Kremlin is dipping into a deep pool of history: Cossacks are revered here for their bravery and pre-modern code of honor, like cowboys in the United States or samurai in Japan. But their legacy is bound up with battle and vigilante-style violence, including campaigns against Turks, Jews and Muslim highlanders."

You can read the rest of the article at [NYT]

Posted by Perry J Greenbaum at 8:00 AM