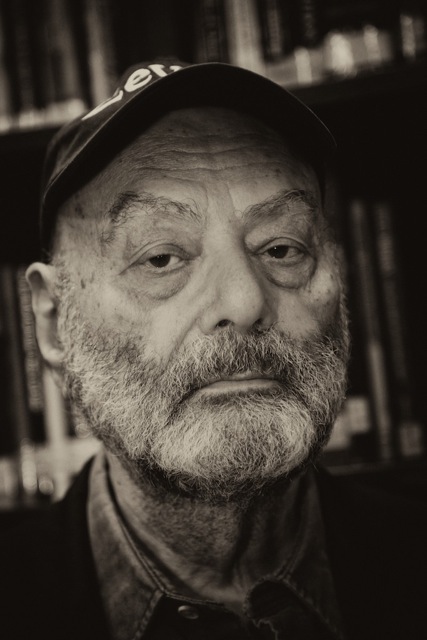 We are living in extreme times; and one of the results is that the world has become more polarized, more brutish and more nasty, with extremists on both the left and the right agreeing that freedom need be restricted. The nation that has become the focal point is located in the middle east: Israel, which has been condemned and demonized for a host of human-rights abuses, including trying to do the right thing for gays, lesbians and women. Make no mistake; such hard-core leftists, the so-called New Left, has an agenda that differs from the old left, or liberals, making a new world order that will bring about a conformist Utopian state that differs greatly from the ideals of liberal democracy. Why this matters is clear, says Prof. George Jochnowitz, who writes: “Liberals have fought for women’s rights and gay rights. To an extent, they have been succeeding in the Americas and in Europe. In the Middle East, however, the only country where gay rights exist is Israel. How have leftists reacted to this? Leftist gay-rights activist Sarah Schulman wrote a book saying that Israel is so bad that it does good things in order to deceive the world.”

***********************************
by George Jochnowitz
What is the most rightist doctrine in the world today? It has to be radical Islam. Islamists don’t allow women to go out of their houses alone, nor do they permit women to drive cars. Malala Yousafzai, who was shot in the head by a member of Taliban for advocating education for girls, lists incident after incident describing the oppression of women in her book I Am Malala.

Liberals have fought for women’s rights and gay rights. To an extent, they have been succeeding in the Americas and in Europe. In the Middle East, however, the only country where gay rights exist is Israel. How have leftists reacted to this? Leftist gay-rights activist Sarah Schulman wrote a book saying that Israel is so bad that it does good things in order to deceive the world.

There are various leftist and gay-rights groups that have decided to boycott Israel and Israeli academics. The ASA (American Studies Association) voted to join the BDS Movement (Boycott, Divest, Sanctions) in December of 2013.

The ASA is a leftist group fighting against liberal values. We tend to think of leftists as simply ultra-liberals. This is a big mistake. Leftists are either Marxists or Marxist influenced. Marx looked forward to the day when everybody would think alike. Consequently, Marxist countries have always suppressed free speech. When the “higher stage of communism” will arrive, according to Marx, it will be “possible for me to do one thing to-day and another to-morrow, to hunt in the morning, fish in the afternoon, rear cattle in the evening, criticize after dinner, just as I have a mind, without ever becoming a hunter, fisherman, shepherd or critic” according to The German Ideology. Then it will be possible for the state to wither away. In order for the state to wither away, it will have to be super powerful in order to change human nature. Nadine Gordimer made this clear when she said, according to The New York Times on May 15, 2002: “I’m not a liberal, my dear. I’m a leftist.”

And so, leftists have decided to support ultra-rightists—radical Islamists. Radical Islamists hate Israel, and so groups like the ASA, and individuals like Sarah Schulman, have endorsed extreme anti-Israel policies—opposing Israel under all circumstances. Leftist groups that have passed BDS resolutions have never said that they would end their boycotts if Israel did X or Y or Z. The BDS Movement has no demands, and so its demands cannot be met.

While I was teaching at Hebei University in Baoding in 1984, dancing was legalized. That was how I learned it had previously been illegal. Malala Yousafzai, in her book, tells us about a girl named Shabana who was killed by the Taliban for dancing (pp. 147-48). The Taliban did not control the government and could simply outlaw dancing, and Chairman Mao had done in China. And so they murdered girls who danced.

Dictators outlaw not only dancing but music. Ayatollah Khomeini banned western music in Iran. And in Marxist China, the same thing happened. It is no wonder that Marxist countries and formed alliances with Iran. And it is no wonder that leftists fight liberalism and join up with anti-woman, anti-gay, and—above all—anti-Israel countries. Marxism is a philosophy of the far right. It’s no wonder that the ASA voted to boycott Israel and Israelis.

George Jochnowitz was born in New York City, in 1937.  He became aware of different regional pronunciations when he was six, and he could consciously switch accents as a child. He got his Ph.D. in linguistics from Columbia University and taught linguistics at the College of Staten Island, CUNY.  His area of specialization was Jewish languages, in particular, Judeo-Italian dialects.  As part of a faculty-exchange agreement with Hebei University in Baoding, China, he was in China during the Tiananmen Massacre. He can be reached at george@jochnowitz.net.
***********************************

Copyright ©2014. George Jochnowitz. All Rights Reserved. This article originally appeared in Arutz Sheva (January 6, 2014); it can also be found on George Jochnowitz. It is republished here with the permission of the author.
Posted by Perry J Greenbaum at 12:01 AM