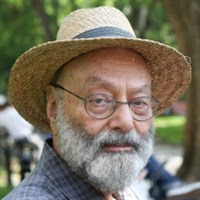 A city is defined by its people; and the greater amount of people populating its streets the greater the prosperity of its shops. Or so it has been since retail shops have existed. The Internet has changed this, allowing people to purchase things without having to go outside. The result is that retail shops have felt the chilling effects, and a large city like New York is no exception. But high rents and few apartments have made it difficult to attract people to come live inside the city's core, notably Manhattan, Prof. George Jochnowitz writes. “Perhaps a new way to find housing for poor and middle-income people is to build more. Apartments are getting ever more expensive — like everything else.”

There has been a vacancy at the corner of W. Eighth St. and Sixth Ave. since Dec. 31, 2012. That’s when Barnes & Noble closed its bookstore there.

When I first moved to the Village, in 1951, there was a Nedick’s at that corner. Nedick’s was a fast-food restaurant that sold hot dogs. One could also get hot dogs on the west side of Sixth Ave. at Chock full o’Nuts. Books and hot dogs still exist, but it is much harder to find a store that sells them nowadays.

Two and a half years is a long time for a vacancy to exist. There have been lots of vacancies on W. Eighth St., including five vacant shops at the corner of MacDougal St., at 38 W. Eighth St., which have been unoccupied for a good, long time.

Greedy landlords are often blamed for vacancies. High rents are certainly a problem. But how much does a greedy landlord earn from a site that has been vacant for months or even years? Can a new tenant come in and pay a rent high enough to make up for the extended vacancy? I don’t know, but I doubt it.

Mom-and-pop stores have been going out of business. High rents are part of the problem. Nedick’s, Chock full o’Nuts and Barnes & Noble had to leave their locations. They are not, and were not, mom-and-pop stores.

There are other factors at work. In the case of bookstores, the Internet is part of the problem. People can buy books online without having to go outdoors. There are e-books, which some people prefer to traditional printed books.

As for hot dogs, there are potential customers nowadays who don’t want to eat processed meat.

Unfortunately, there are all sorts of different stores that are failing. Can it be that retailing is in the process of becoming history?

Shopping streets are a major part of life in the city. Busy streets are safe places. When the pedestrians go, the criminals come.

A surprising essay appeared in the Sunday Review section of The New York Times on March 22, 2015, called “Viva Gentrification!” The author, Hector Tobar, writes, “In Highland Park, as in other Latino barrios of Los Angeles, gentrification has produced an undeniable but little appreciated side effect: the end of decades of de facto racial segregation.”

Hector Tobar is aware that residents may be priced out of the neighborhood and adds, “Strengthen rent-control laws, and develop new ways to find housing for poor and middle-income people.”

Perhaps a new way to find housing for poor and middle-income people is to build more. Apartments are getting ever more expensive — like everything else.

In the case of apartments, there may be a factor that can slow down the rate of increase: the law of supply and demand. If there are more and more apartments available, prices ought to go down as a result of competition. The threat of vacancies in apartments, unlike the vacancies in stores, should allow prospective buyers and tenants to shop around for a good deal. This is different from the case of retail stores, where there are few tenants since there are fewer and fewer customers.

We need a more thickly populated city, to keep our streets filled with pedestrians and to provide customers for retail shops, even in this age of computers.

Furthermore, if people live closer to their work, commuting time decreases and pollution resulting from automobiles is lessened.

We have to build more tall buildings. New York doesn’t have enough people.