An article, by James McWilliams, in The Hedgehog Review discusses the large and broad subject of human consciousness and, in particular, whether it could be encapsulated by precise scientific explanations, or by any scientific explanation; in other words, can science, given the subjective and varied nature of experience, clearly state what human consciousness is? It is attempting to do so, by using all the tools of modern science at its disposal. This discussion is in large part a response, a reaction if you will, to science becoming more dominant in our society, and to liberal arts receding from a position of relevance. Or so it seems.

Science has, until recently avoided the discussion of human consciousness for the simple reason that it cannot be easily pinned down in terms that it likes, which includes objective measurements. Yet, this is what makes human consciousness so wonderful: its inability to be captured and measured, its inability to be quantified. One of the beauties of philosophy is its engagement with big questions, the big ideas that marinate in the minds of some people, the ones who have the time to do such free-range thinking to “find” or, rather, search for answers that are not easily found. These are the types of questions that are the subtext to all great stories, to all great literature, to all great ideas, and to all human improvements to society.

These are the types of questions that dominated the thinking of great minds for many hundreds of years, and of the many students enrolled in what was previously called Liberal Arts and is now often called The Humanities. (The two terms are often used interchangeably.)

Yet, enrollments in humanities’ departments in the United States and in Canada (and probably elsewhere in western democracies) are declining, and there have been a number of reasons offered, including a few on this blog [see here, here & here]. There is another plausible one. In “On the Value of Not Knowing Everything” (Summer 2015), McWilliams writes:


Perhaps an even deeper reason for the humanities’ shrinking status is the intensification of a certain and perhaps temporary habit of mind among today’s undergraduates, a habit that Nagel reminds us has severe limitations: the fierce adherence to quantification. Why this turn has happened at this point in time is difficult to say, but it seems fairly certain that a renewed faith in the power of radical empiricism—not to mention the economic advantages it can confer when judiciously applied post-graduation—has decisively lured students out of the humanities and into fields where the defining questions are reducible to just the facts, thank you.

Who’s to blame such young minds, who see a degree (or two or three) in the humanities as a ticket to low-wage jobs and poverty. It is sad to see such an educated mind wasted on mindless, often meaningless, tasks; such says much about how our society has evolved to its current state. It is structured where only those educated in practical job-producing fields will prosper. These jobs, perhaps not surprising, require a certain cast of mind that require the collation of facts, and establishing unwavering faith in such facts, today often given the wide-meaning term “data.” What do the numbers say? (A good financial or economic or political analyst can make the numbers say almost anything; it depends on who’s asking.)

No one denies the value of numbers and hard facts. Yet, numbers and quantifiable data tell only so much. The human mind desires more. Much more.

The Big Questions. The Hard Questions., We are not here talking about clear-cut questions of morality and ethics that all advanced civilizations follow (i.e., prohibitions against murder, theft, rape and protecting property rights), but more the grey areas found in the annals of literature, philosophy, history, political science and religious studies. Examples include: Is poverty moral? Is capital punishment? Is war? Does the life of one person have greater value than the life of another? What defines life? happiness? individual freedom? democracy? What are the limitations of capitalism? of free speech? of rule of law? Should everyone be given equal opportunity? What is intelligence? moral cognizance?

It is the kind of thinking where curiosity leads both to open roads and to cul de sacs; where imagination is seen not as a handicap, and not even as a “tool” but as a way of gathering information, which might eventually turn to knowledge and understanding. The mind wanders; the mind meanders in and out of doorways of discovery, searching for connections that are disparate, searching for certainty, searching for answers. Will these be ever found? Perhaps, not for decades, and then that eureka moment seems to come out of nowhere. While you are taking a shower; or while you are drinking your coffee; or while doodling on a paper napkin. Serendipity. Unexpected Phenomena.

Moreover, reducing all large, complex ideas to facts, or numbers, or charts seems plain wrong, if not limiting and unconvincing. As does reducing our human minds, our consciousness, to biological determinism or some modern Darwinian model of the brain. It is not about being against science, but about not supporting or agreeing with this current thread of thinking, which is reductionist.

McWilliams writes about one of the chief problems with such reductionist thinking:


The philosopher Thomas Nagel drew popular attention to the Hard Problem four decades ago in an influential essay titled “What Is It Like to Be a Bat?” Frustrated with the “recent wave of reductionist euphoria,”1 Nagel challenged the reductive conception of mind—the idea that consciousness resides as a physical reality in the brain—by highlighting the radical subjectivity of experience. His main premise was that “an organism has conscious mental states if and only if there is something that it is like to be that organism.”2

It is said that simple solutions to big problems only create larger ones; we have collected sufficient evidence of this practice to know that it is true. It is certainly true today in both the area of politics and economics, which suffer from similar thinking. We can use a little more sense of wonder. I know; the facts don‘t (yet) support my view. 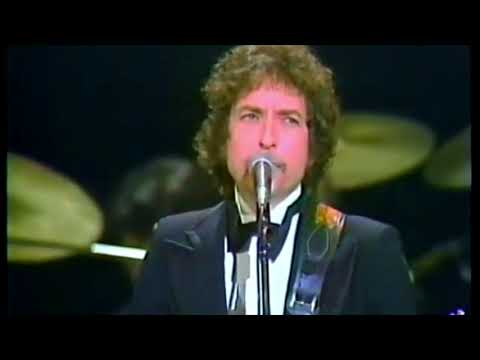