A Set Of Three Sunset Photos

This series of three photos were taken a couple of nights ago, on Wednesday September 9th, all at 7:46 p.m., seven minutes after sunset and 22 minutes before civil twilight. The photos show successive views that sweep from west to east. All are taken from my apartment balcony on the sixth floor, facing the park. The colours are more glorious than these photos depict, so much so that I felt compelled to take these photos, without hesitation or thought. This tells me that a picture can’t convey nature’s beauty in the same way that humans view it. Yet, it can come close, and it can give another perspective. Then there is the matter of the scattered clouds, which might be worthy of another study. 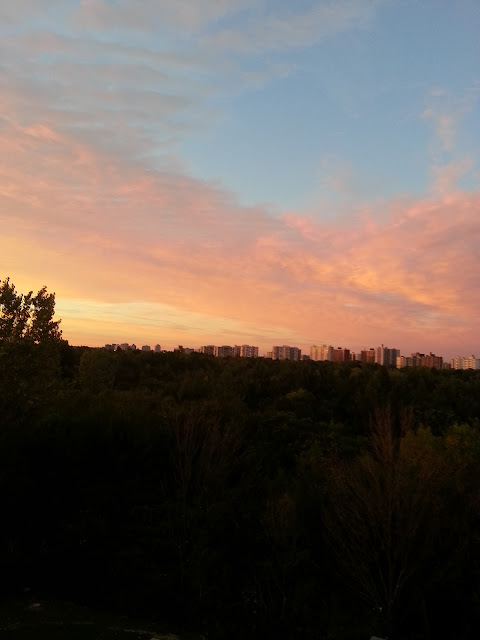 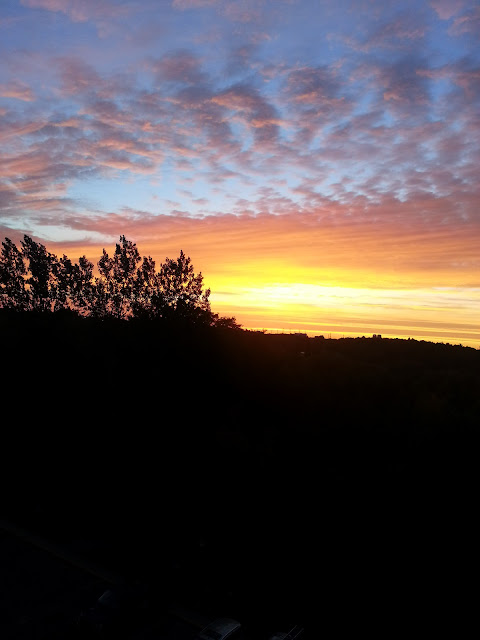 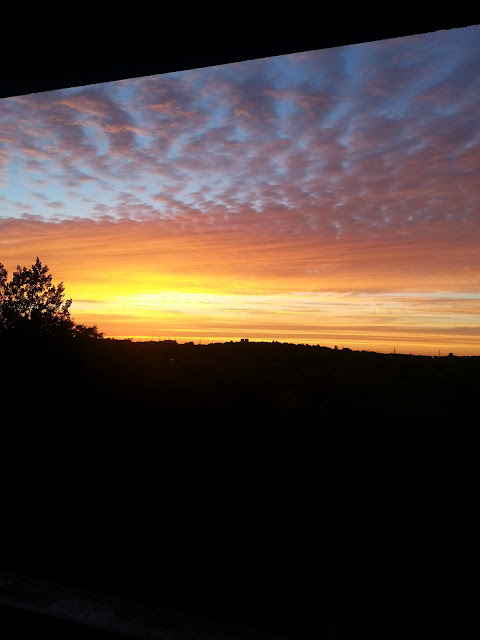