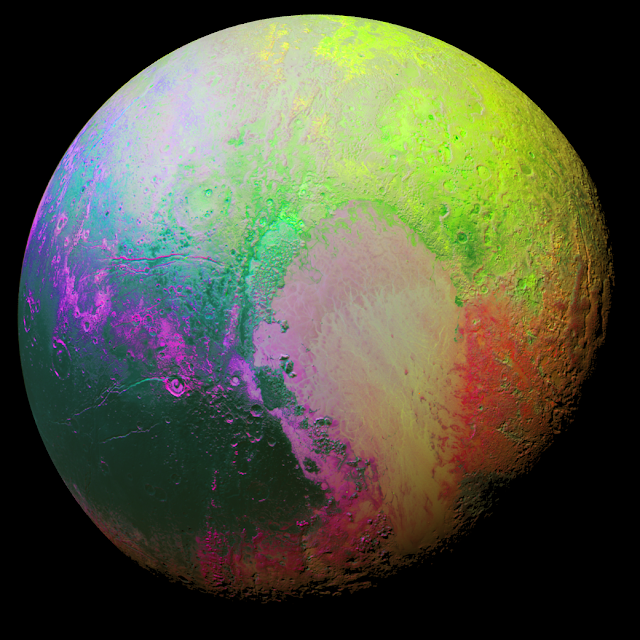 A Colourized Version: This is not the way Pluto actually looks—it is chiefly grey—but the colours rendered in this photo are to differentiate the regions of the dwarf planet. NASA writes: “New Horizons scientists made this false color image of Pluto using a technique called principal component analysis to highlight the many subtle color differences between Pluto’s distinct regions. The image data were collected by the spacecraft’s Ralph/MVIC color camera on July 14 at 11:11 AM UTC, from a range of 22,000 miles (35,000 kilometers). This image was presented by Will Grundy of the New Horizons’ surface composition team on Nov. 9 at the Division for Planetary Sciences (DPS) meeting of the American Astronomical Society (AAS) in National Harbor, Maryland.”
Image Credit & Source: NASA/JHUAPL/SwRI
Posted by Perry J Greenbaum at 12:01 AM