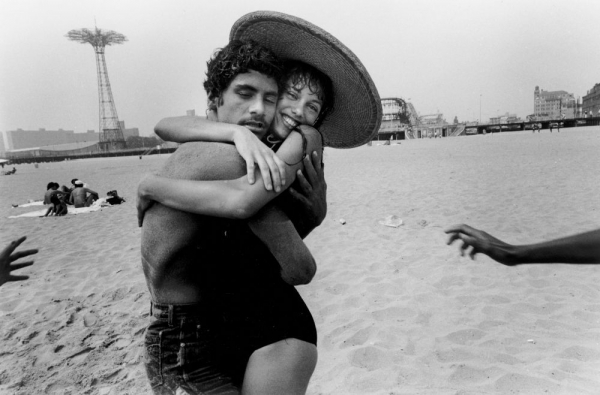 I have never been to Coney Island, and have never had a “Coney Island hot dog“ or ridden the historic “Cyclone,” a wooden roller coaster. I did however ride the “Cyclone” at Montreal’s Belmont Park in the 1960s and early ’70s, the sound of the cars rolling on wooden tracks a distant but accessible memory. Back to Coney Island: I seem to know the place visually, chiefly as a setting or a place mentioned in novels, films, and plays, including The Great Gatsby, Sophie’s Choice, and Brighton Beach Memoirs.

The Brooklyn Museum has an exhibition that started on November 20, 2015, which runs until March 13, 2016. It writes: “For 150 years, Coney Island has lured artists as a microcosm and icon of American culture. Coney Island: Visions of an American Dreamland, 1861–2008 is the first major exhibition to explore the kaleidoscopic visual record they created, documenting the historic destination’s beginnings as a watering hole for the wealthy, its transformation into a popular beach resort and amusement mecca, its decades of urban decline culminating in the closing of Astroland, and its recent revival as a vibrant and growing community.”