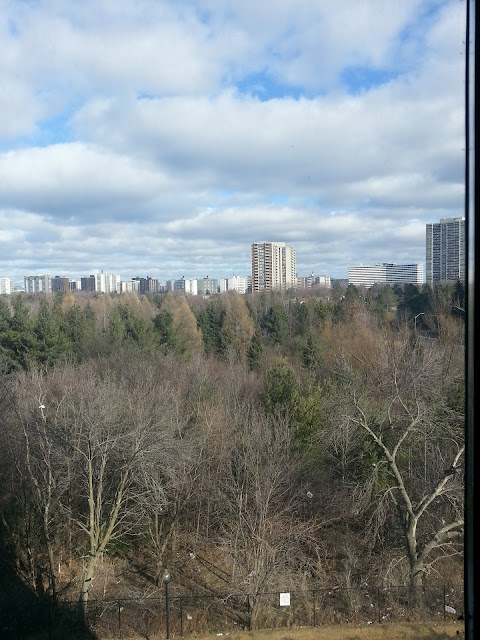 We are now a few days into the second half of the winter season of 2016; midwinter officially took place here in the northern hemisphere on Thursday, February 4th at 6:21 p.m. Eastern Time. This photo (unedited), as many of my posted photos are, is taken from my sixth-floor apartment (on the afternoon of February 4th); but this time the view is from my kitchen window—facing northeast. Another perspective of the park, which we can view from all of our windows. If you do not notice any evidence of snow, it is because we have received so little of it this winter. This is a new experience for me, where in February the grass is visible and not covered in snow. (Although the forecast is for a for some snow today; an inch or two.) We have had a number of mild unwintery days, unseasonable for this part of Canada. As a notable example of this, it was 16°C (61°F) on February 3rd. Winter began on December 22, 2015, and will end on March 20, 2016, with the arrival of spring.
Photo Credit: ©Perry J. Greenbaum, February 2016