Olmsted’s Trees & The Life Of Parks 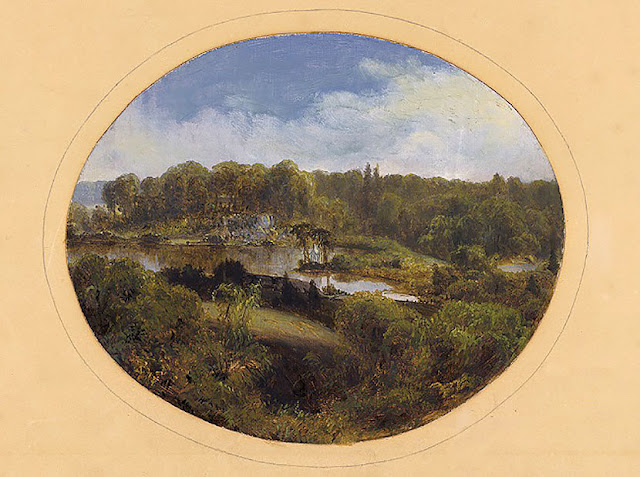 Central Park Site: The Library of America (LOA) writes: “A rendering of the area surrounding the lake in New York’s proposed Central Park, 1858. Frederick Law Olmsted & Calvert Vaux, Greensward Study No. 5: View Southwest from Vista Rock on Reverse Line of Sight from Study No. 4.” Frederick Law Olmsted [1822–1903], the father of American landscape architecture, is responsible for the design of New York City’s Central Park (1856) and of hundreds of others in the United States and Canada, including the U.S. Capitol Grounds (1875), Chicago’s Jackson Park (1893), and Montreal’s Mont-Royal Park (1876), a place where I spent many happy hours as a child. We can thank Olmsted, who was also a journalist and social critic, for making urban living more bearable, more beautiful and more breathable. It is all about trees and what they bring to us humans, LOA writes in showcasing Olmsted’s 1882 essay, “Trees in Streets and in Parks”: “Olmsted explained his aesthetic, and the central role of trees in it, in an 1882 essay, in which he resisted colleagues and tourists who saw ‘nothing in a park but an airing apparatus, to be made attractive by decorations’ and argued instead for something more holistic: ‘scenes and objects [that] touch us so quietly that we are hardly conscious of them.’ ”