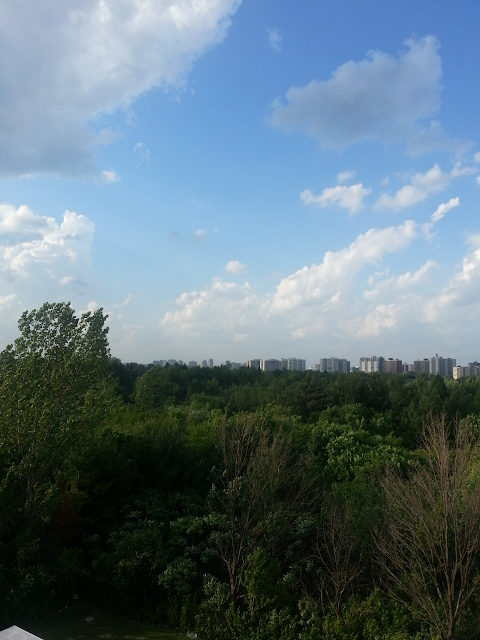 Summer Days: This photo of the park was taken from my sixth-floor balcony. (Temperature 32°C (89°F) with partly cloudy skies) yesterday at 6:54 p.m, 18 minutes after summer officially began in the northern hemisphere at 22:34 UTC, or 6:34 p.m. EDT here in Toronto. This year’s June solstice also coincided with a rare event—a full moon. The last time this occurred was in 1967, the “Summer of Love.” Does history repeat itself?
Photo Credit & Source: ©Perry J. Greenbaum, 2016
Posted by Perry J Greenbaum at 12:01 AM