The Hard Riddle Of Human Consciousness 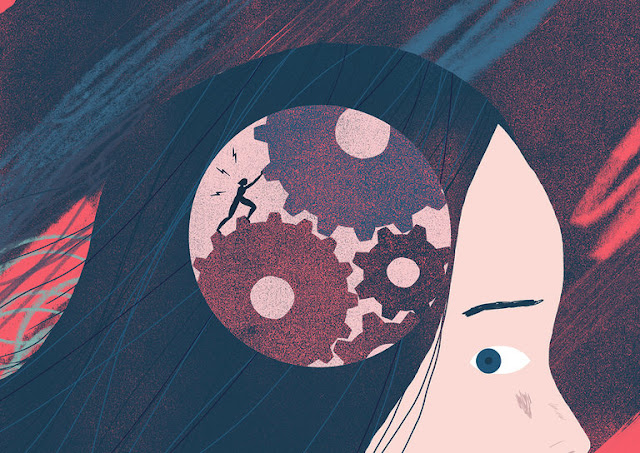 Living Matter: George Johnson for NYT writes: “Descartes’s notion of dualism — mind and body as separate things — has long receded from science. The challenge now is to explain how the inner world of consciousness arises from the flesh of the brain.”

Something old becomes something new, as medical research confirms that cognitive behavioral therapy, or CBT, is as effective as pharmaceutical drugs in alleviating many (but not all) forms of human depression. George Johnson of The New York Times writes (“Consciousness: The Mind Messing With the Mind;” July 4, 2016):


A paper in The British Medical Journal in December reported that cognitive behavioral therapy — a means of coaxing people into changing the way they think — is as effective as Prozac or Zoloft in treating major depression. In ways no one understands, talk therapy reaches down into the biological plumbing and affects the flow of neurotransmitters in the brain. Other studies have found similar results for “mindfulness” — Buddhist-inspired meditation in which one’s thoughts are allowed to drift gently through the head like clouds reflected in still mountain water. Findings like these have become so commonplace that it’s easy to forget their strange implications.

When it comes to the mind, one of the major implications is that science does not have a clear understanding of human consciousness. notwithstanding the many and varied efforts to do so through the tools of modern science. It does not even know why it escapes the grasp of understanding, and as is the case in all hard mysteries many kinds of strange theories are initially put forth.

Not surprising, then, that it (Science) alone does not have all the answers; it never did. Nothing has changed in that regard except, perhaps, the thinking (i.e., in some cloistered quarters) that it does.