Photo Of The Week 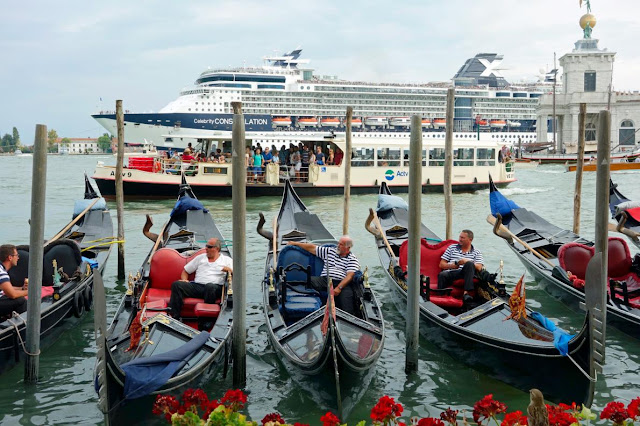 Gondolas & Cruise Ships: The traditional gondolas contrast with the large cruise ships that bring more tourists to beautiful Venice, whose success as a tourist attraction could lead to its undoing. So says author Salvatore Settis, an internationally renowned art historian, who writes in If Venice Dies, that the tourist ships “may permanently damage the city’s history.” Simon Worrall writes the following for National Geographic: “Venetians are being driven out of the city by skyrocketing rent while giant cruise ships dwarf the skyline, risking a disaster like the Costa Concordia, the boat that sank off the Tuscan coast. There’s even talk of building a Venice theme park just outside the city. ” Settis argues, among other things, that a city cannot live only on tourism, that such large cruise ships disturb the aesthetic harmony of the city and, perhaps most important, Venice is too important a historical city to be forgotten. It’s not only important for Venetians, but also for humanity.

Mill Pond The feathered waterfowl all have wonderful personalities; the one in white, whom we have named “Flatfoot,” is especially delight...

On My BookShelf : “Some of the books that I have read; and from which I have gained understanding”