Yiddish Performance of the Week


Di Shaynst Vi di Zun (“You Shine Like the Sun”), a song from Leb un lakh (“Live and Laugh”), an operetta composed by Ilia Trilling with lyrics by Isidore Lillian; the original production was mounted at Herman Yablokoff’s Second Avenue Theatre in New York City in 1941; the playbill is below. Its cast included Menasha Skulnik and Bella Mysell. This version was recorded in Vienna, Austria, with the Vienna Chamber Orchestra conducted by Ellie Jaffee; with Cantor Robert Bloch as tenor and Nell Snaidas as sorprano.
Via: Milken Archive & Youtube 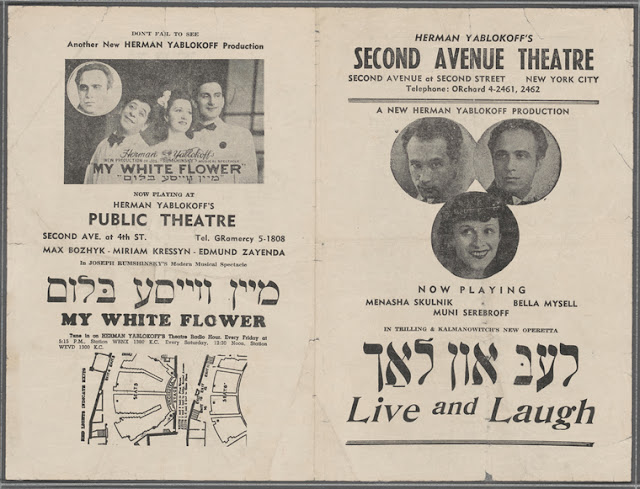