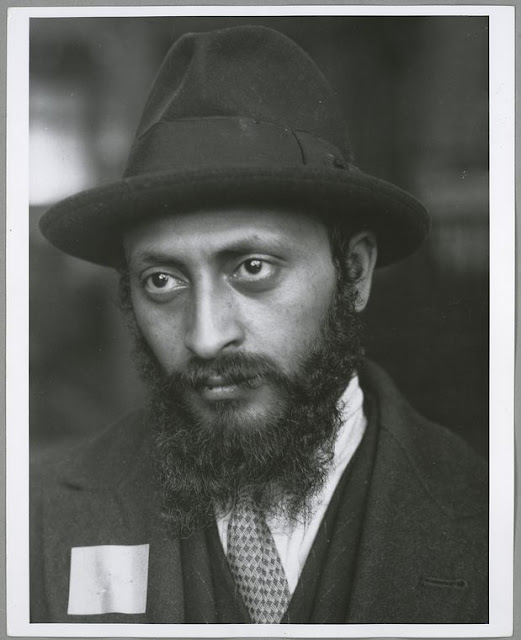 Jewish Immigrant at Ellis Island [1892–1954]; Photo taken in 1905: Ellis Island was the entry point for more than 12 million immigrants to the United States between 1892 and 1924. Three million of the arrivals were Jews from Eastern Europe, who came between 1880 and The First World War. Before Ellis Island opened, people entered via Castle Garden in Lower Manhattan. It is estimated that 40 percent of Americans have at least one relative who came in through Ellis Island, symbolic as the gateway to a better life, di Goldene Medina. For more go [here], [here] and [here].
Photo Credit: Lewis Wickes Hines; 1905
Courtesy: New York Public Library Digital Collections; The Miriam and Ira D. Wallach Division of Art, Prints and Photographs: Photography Collection
Posted by Perry J Greenbaum at 12:01 PM