Saul Bellow as a Young Boy in Montreal 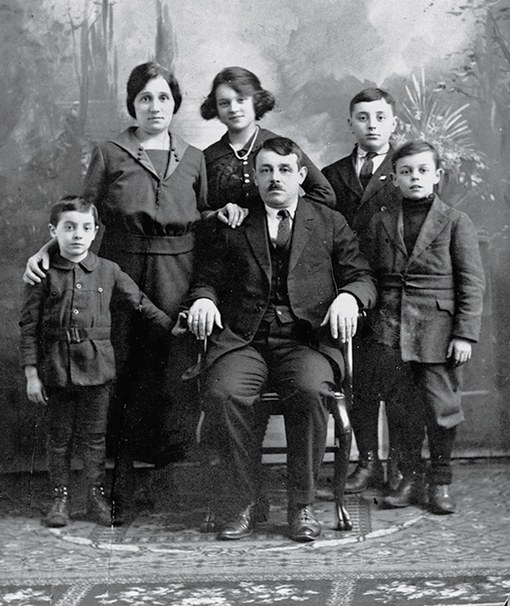 The Bellow Family around 1920 in Montreal (L to R): Saul, Liza, Jane, Abraham, Maury, and Sam. Saul Bellow [1915–2000] was born outside Montreal, in Lachine, QC, on June 10, 1915, which would make him around five in this photo. He was born two years after his parents emigrated from Saint Petersburg, Russia. The family would move to the United States, to Chicago, when Bellow was nine. It was in Chicago that he was formed as a writer, but the early years in Montreal, when he lived on St. Dominique Street  had some notable influences on him. When he was three, they moved to the second floor of a duplex at 1092 St.-Dominique St., a cold-water flat, which was then in an area at the heart of the Jewish community in Montreal. It was where immigrants from many nations lived and rubbed shoulders and bumped elbows. For more, go [here], [here] and [here].
Courtesy: Vanity Fair
Posted by Perry J Greenbaum at 12:01 PM