Coffee Lovers: You Can Enjoy Your Coffee Guilt Free 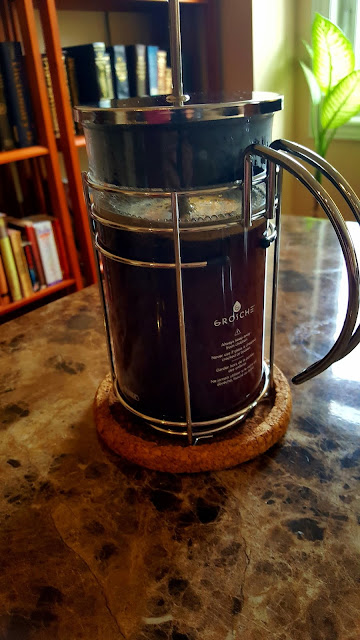 My French Press: A new British study, as reported by Jason Daly in Smithsonian (“New Study Shows Coffee—Even 25 Cups a Day of It—Isn’t Bad for Your Heart;”June 3, 2019), says that drinking coffee, even large quantities, up to 25 cups, does not impair the arteries or increase the risk of heart attack or stroke (Though I would think five would be the desirable upper limit in terms of caffeine consumption). This is indeed good news for coffee lovers, many of whom might have felt a pang of guilt, chiefly as a result of previous studies admonishing coffee drinkers. I enjoy coffee, and like many people I wake up to my morning coffee and enjoy it—a ritual almost as old as I am. I had my first coffee when I was six, although it was more milk than coffee. In my early twenties, I used to consume about five or six cups a day; I now average about three cups a day and can even have a cup of coffee before bedtime with nary an ill effect. It just might be that it is not coffee that causes nervous conditions, but something else altogether different. You can read the original release, from Queen Mary University of London,  [here].
Courtesy: ©2019. Perry J. Greenbaum