Creedence Clearwater Revival [1967–1972], or CCR, as they are widely known are the music behind this “Fortunate Son” video composition. It was put out by the record label (Concord Records/Fantasy Records), which “own” the rights to the rock band’s songs, as a way to celebrate the band’s 50th anniversary. This song is the first track on the flip side of the album, Willy and the Poor Boys, released by Fantasy Records on November 2, 1969. A protest against class differences and how they play out, it is written for the common people of America, the soul of the nation, the working class. That’s most of us. It ain't me/I ain't no fortunate one.
Via: Youtube 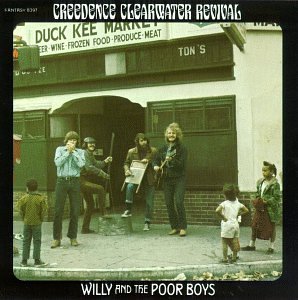