The Personal, The Creative & The Moral 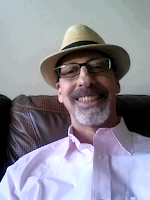 I have been thinking about my father lately; he died of colon cancer in 1980; he was 69, a hard-working tradesman, a cabinet-maker trained in Poland. By the time he moved to Canada in 1951, ending up in Montreal, my native city, this trade became less relevant. Thus, he became a carpenter, a self-employed one, and made a living. We were never rich, but we were not alone; many Jews at that time were part of the working class.

My father spoke to us in Yiddish, the mameloshn (“mother tongue;” language) of Eastern Europe Jews for a thousand years—it was the language that he used when speaking to other working-class friends, which were many. My father often took great pains to remind me who I was and where I came from. My father, a Bundist and a member of the Workmen's Circle (Der Arbeiter Ring)  was a life-long socialist, an unreconstructed one. He was faithful to these values; and these have influenced and informed my views.

For this reason I see myself as carrying on the tradition of my father and his humane Yidisher values of menschkayt. Politically, this places me in the same camp as Bernie Sanders and his views on democratic socialism. I also support the ideas put forth by that great thinker and humanitarian, Albert Einstein, on socialism. I long to see the end of capitalism, notably in its current merciless and cruel form; it has done so much harm to humanity. It is hardly a benign system.

It matters little today what the mainstream Jewish community says, especially since its views and values have moved so far to the right that I find them unpalatable and unrecognizable. The religious and reactionary right are in charge. This is not good.

Better yet to be humane. Better yet to join the ranks of the many excellent left-wing writers whose views match my own, whose views are sympathetic to the downtrodden, the hopeless and the dispirited. Essentially to everyone who is not wealthy, the 99 percent. I have chosen; I have taken sides. My purpose is to highlight the good, while also shining a light on the injustices, so as to raise awareness with the higher ideal of turning bad to good. Justice (and love) is at the heart of everything.

So, I will continue to write to promote such ideas and ideals, and although the times have changed, the universality of these values have not. Can one change one’s principles? As for you, dear reader, I hope that you will join me in such good pursuits and at least keep on reading. It is all that I can humbly ask.

“Seeing the world as I do”
Perry J. Greenbaum​
Maple, Ontario
July 2019